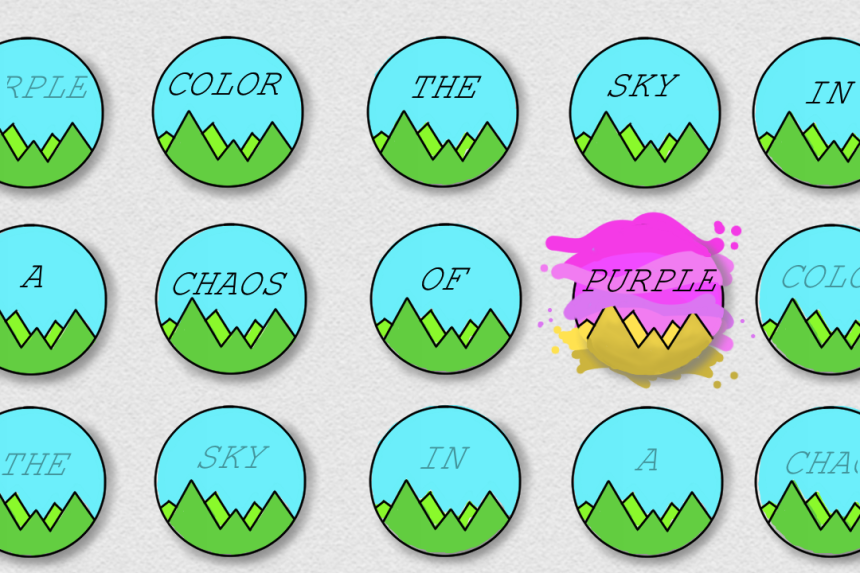 Thoughts on losing your creativity in the blogosphere.

I wanted my own digital sandbox to be wildly creative in. That’s why I started this site. I wanted to unshackle my imagination and make it rain humor filled content all over the place. But I’ll be honest with you. I also wanted as many people as possible to see the things I was making in my sandbox.

Like, just an absurd amount of people, you know?

Actually, a better way of phrasing that is to say that I wanted as many people as possible to connect with the things I was making. Because I think all of us that create and share creative work on the internet crave that connection. It’s only human.

And since we’re human, we went ahead and conveniently found a way to quantify those connections in a manner that is both addictively gratifying and soul crushingly deflating depending on the day. We gave our blogs stats, Likes, and Followers.

(Side note: I would have included “comments,” but I think they’re an entirely different animal. They’re much more of a qualitative assessment rather than a truly quantitative one. For example, one really good comment or thread probably carries more weight than say 10 Likes. But one really mean or incendiary comment negates all the Likes. It’s just the way it is.)

The analytics tells us we aren’t alone in the blogosphere. Those little icons and graphs tell us we’re connecting. They tell us that someone is actually out there and they’re saying I’m here! I like you! I’m following! Digital high five you sexy beast! They tell us we’re building a readership. And it’s a pretty exciting time when you start performing for an audience when you’ve grown accustomed to an empty house.

But here’s the kicker we almost never see coming. 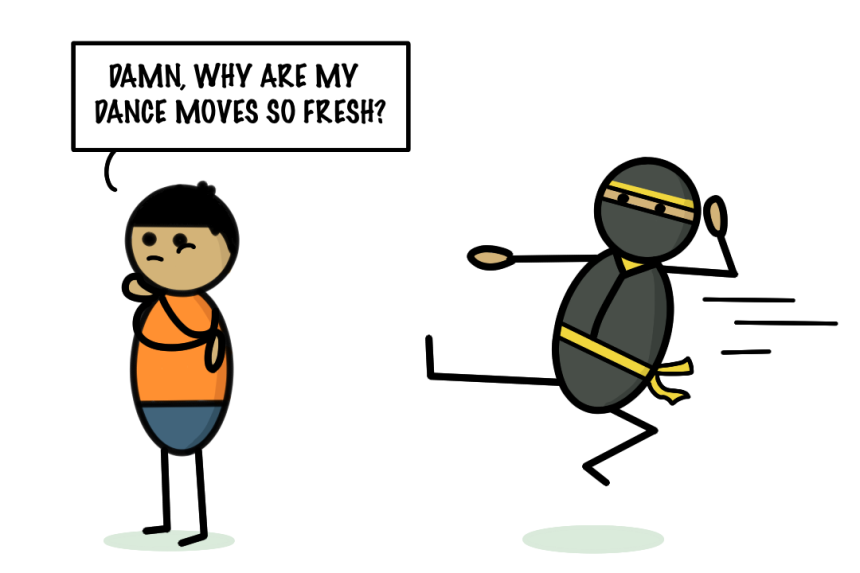 At some point in trying to build that readership, our creativity inadvertently gets handcuffed to the numbers and the graphs. Our creativity is handcuffed, because a growing readership is the harbinger of economics. The Stats, Likes, Followers, etc. allow us to gauge how we are perceived within the community. So, more eyes looking our way usually means more interactions, which means our work now has “social proof” and we very quickly learn which of our content is being bought and exactly how much of it.

It is incredibly difficult to ignore the numbers, whether they’re good or bad. And so it’s not uncommon to find that our work may be skewing in favor of them. A heavy bias towards the numbers can do wonders for you when you’re just starting out. But later on down the road this approach may make it feel like you’re being boxed in. And being “boxed in” can be a frustrating place for creative types that like to explore; it’s also a position where our work becomes the absolute antithesis of what it was in the beginning. It becomes uninspired. It becomes safe. It becomes boring.

Pretty soon we might even find ourselves resorting to every social media tactic and blog gimmick in the book just to keep a readership afloat. 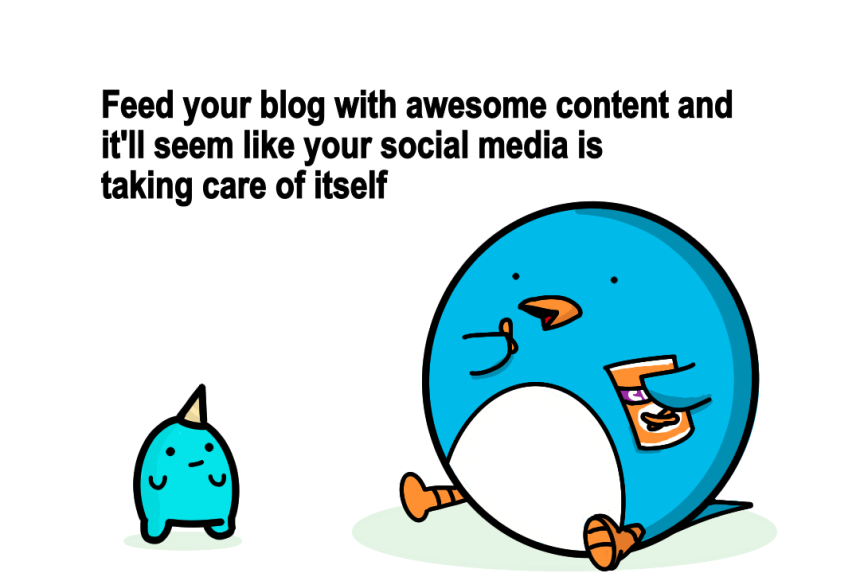 Social media and blog gimmicks absolutely do have a role to play in constructing a readership. I know this. You know this. We all know this. Social media tactics and blog gimmicks absolutely work in getting your name out there. Sometimes they work really well. But your blog can’t live off of those things. They just get people through the door. And I know you know what gets people to stick around after they’ve come through that door.

Whoa, whoa, hold up. I’m talking about content. That blue-ribbon-homemade-fresh-out-the-oven-content people eat right up. The kind that makes them want to come back for more. You know…willingly.  So don’t go prioritizing the messenger over the message. Just make things that are awesome and people are going to share the shit out of it.

Okay, so I accept that we can’t cook up amazing original work all the time (probably not even a third of the time) and that being able to cleverly recycle ideas is a necessary tool in any blogger’s skill set for sustaining and growing that readership. In fact, I encourage it. After all, your stye is your style. But when numbers, charts, and graphs take too much of a precedence in and over your work, you’re gonna eventually see that you’re no longer the creative director of your own blog; you’re the goddamn accountant. 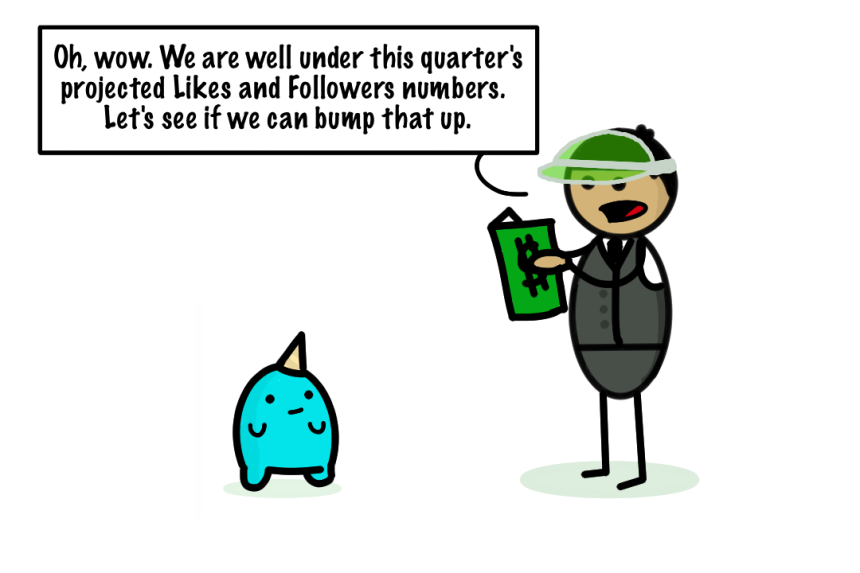 At this point you might be wondering just how on earth do we make this awesome likeable content that’s uninfluenced by readers?

While I don’t have the answer I do have an answer: do work.

For the love of god, just keep doing work. Even if what you’re making seems like it’s turning out to be an absolute failure to you. I mean, damn, just do the work even if you never have any intention of ever publishing it. Sometimes you just gotta make things just to make things free of statistical analysis. Just keep churning out work. From the smallest of pieces to the absolute behemoths of projects. Do this and good things tend to happen.

Still need a little more of a push?

Let’s do this; let’s make something free of expectations. Better yet, let’s just make one thing. So let’s call a cease fire on the analytics arms race for a second and remember what it’s like to just make one thing out of pure curiosity and enjoyment. Let’s put our creativity back to work by taking creative risks again. Even if it’s just one measly step outside of our comfort zone. Let’s surprise our current readers and win over some new ones. Hell, let’s surprise ourselves.

But above all else, remember this one thing: your blog is yours.

So go ahead, color the sky in a chaos of purple.

76 Responses to “Color the sky in a chaos of purple”

What should we talk about? Cancel reply